Architecture in Barcelona: Visit to the Gaudi’s first house

Manuel Vicens i Montaner was a broker who entrusted the construction of his summer house to a young Antoni Gaudí – when he was just 31. The Catalan architect built and designed for him his first house, the design of which was completely original, inspired in nature, Moorish art, and the exuberant Mediterranean vegetation. Casa Vicens remained a private house in the Gràcia neighbourhood for more than 130 years.

After a restoration project, it was opened up to the public the last year. The building now function is as a museum and also have room for permanent and temporary exhibitions. It also is hosting cultural and educative activities for people of different ages. 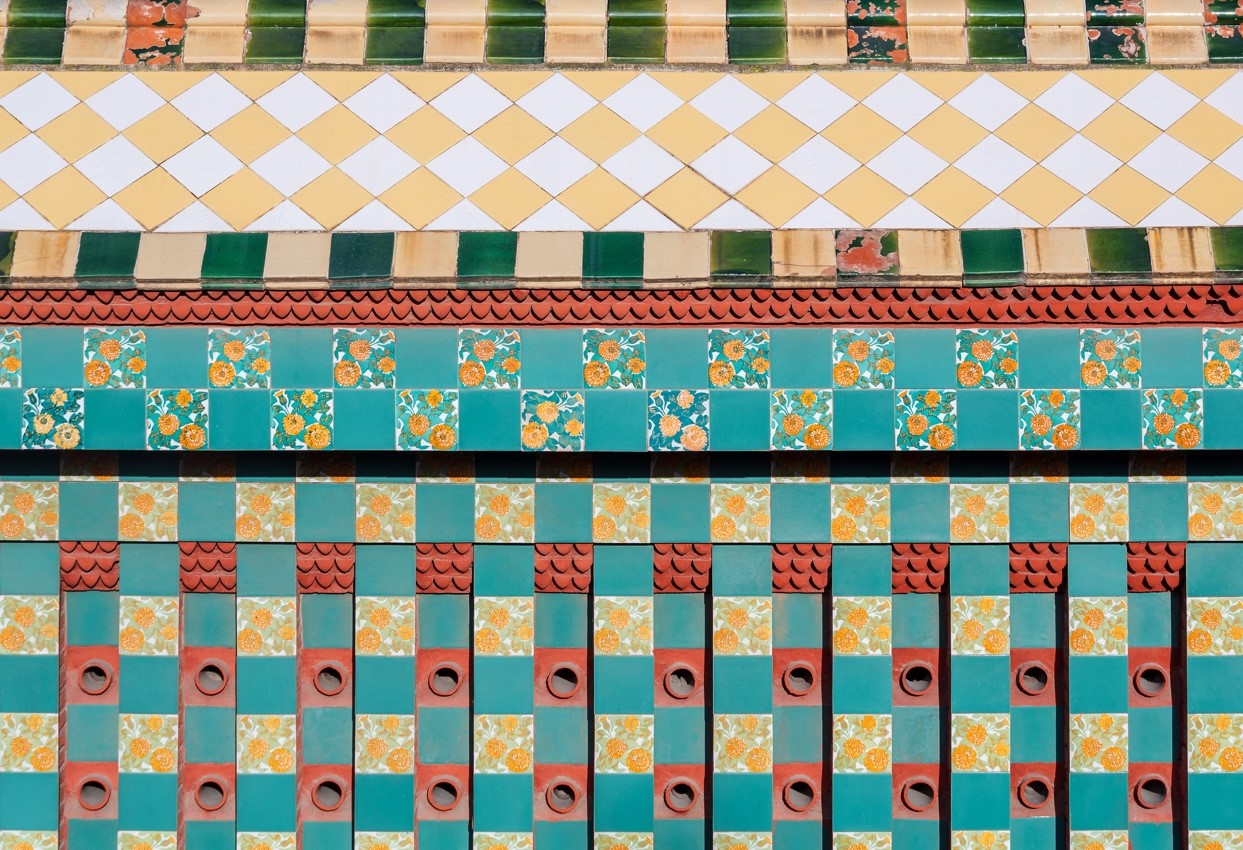 In Casa Vicens nature is always present both in the outside and inside. In this building, that is in the World Heritage List, we find an iron gate with palmtree leaves in the entrance and ceramic tiles with Moor carnation flowers in yellow and green.

Plants grow in the large garden that surrounds the house. Gaudí wanted that these plants integrated in the living room through the open-plan floor ground. Vegetation can also be observed in the interior paintings, in the woodwork, stained glass windows or in the wall decorations. 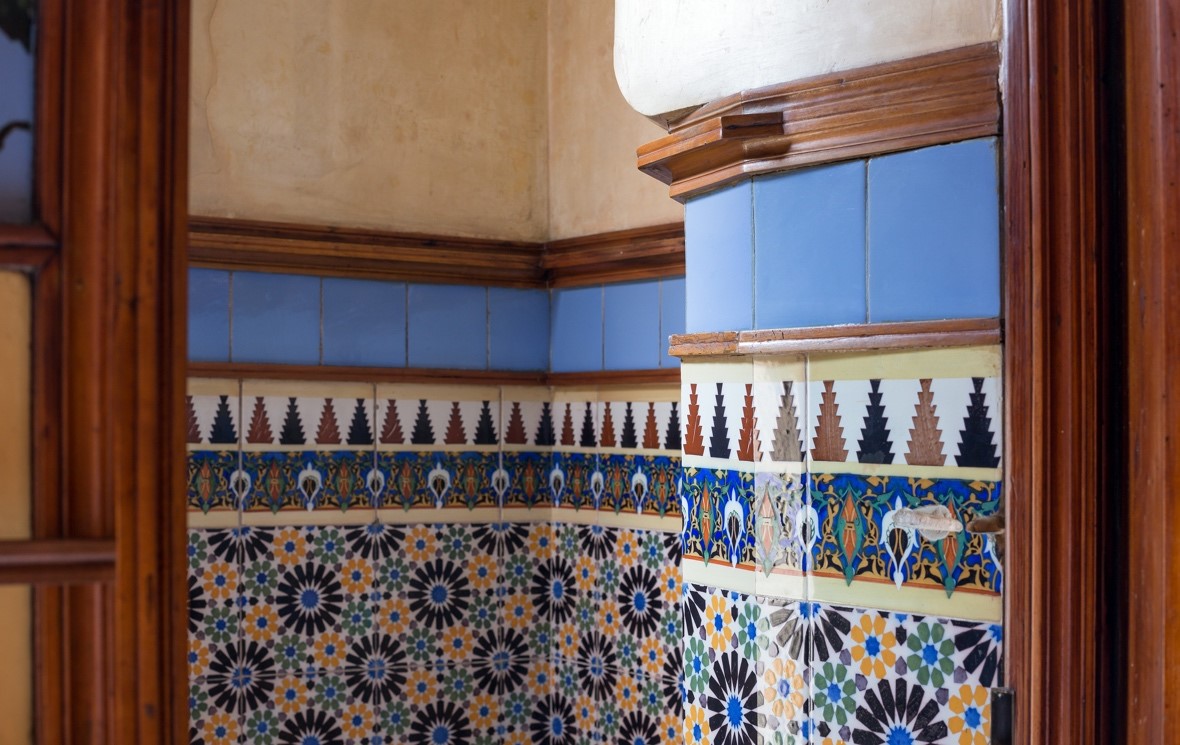 A house with an extraordinary design

Because of its orientation and position, this house also has very favourable climatic conditions during the whole year. In its origin, the garden had a big waterfall that cooled the environment and kept the temperatures at bay. Although this waterfall could not be restored, and neither could the round fountain or the lookout in the garden, after the restoring process the original atmosphere of Casa Vicens was recreated thanks to recovery of its natural spring and the cultivation of plants of the period.

One of the most exotic rooms in Casa Vicens is ‘sala del fumador’, its muqarnas green, blue and gold polychrome plaster ceilings show how important was oriental architecture at this time. Gaudí always liked to carry to the interior of his houses the decoration and design from distant and less known cultures.

But, beyond its oriental elements, this house broke free from the Catalan traditional domestic architecture. Casa Vicens is considered to be one of Gaudí’s masterpieces. 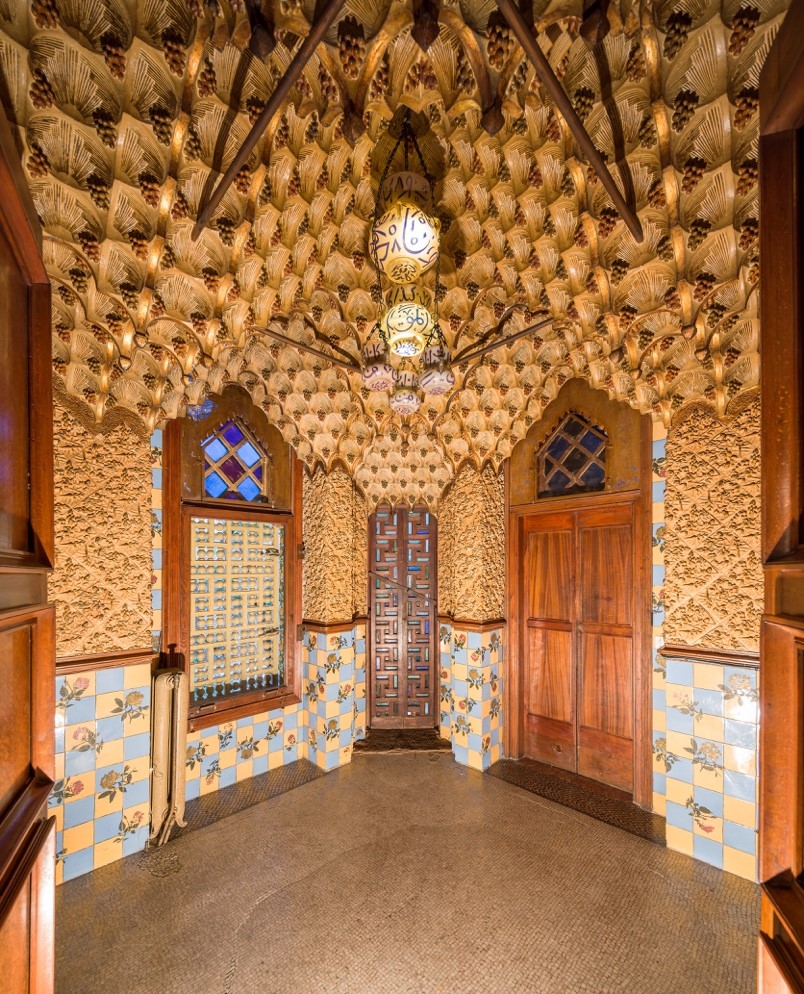 Atipika Barcelona would like to suggest that you take a look at this modern and bright flat, located in a quiet area in Gràcia. This brand new 419sq m flat has a large patio with private pool and chill out area. 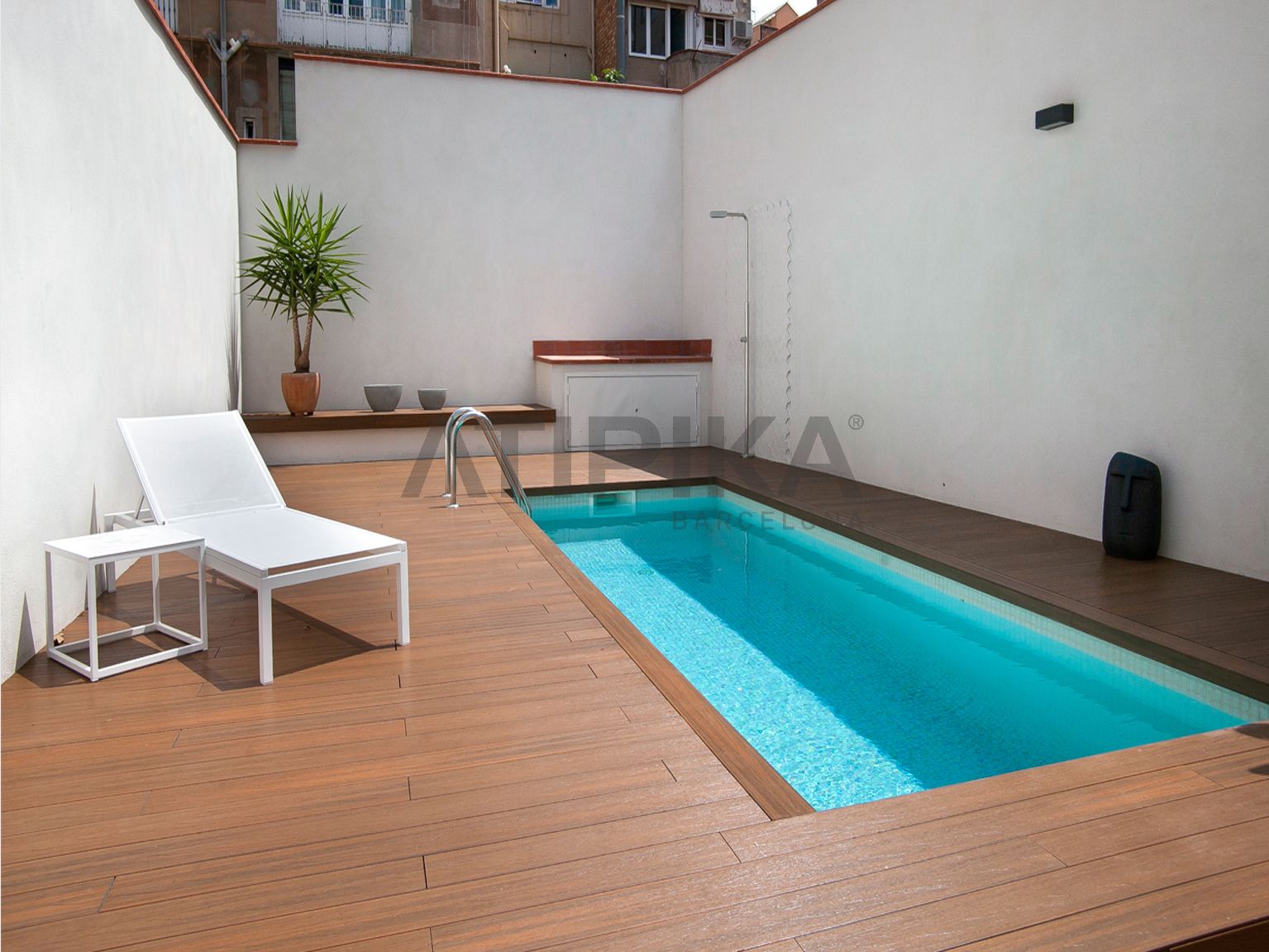 If you would like to have more information about this property or any of our other properties, do not hesitate to contact us by calling to +34 93 481 50 32 or sending an email to info@atipika.com, we’ll be happy to help you.