Living in a house in the heart of Barcelona

Usually when people imagine how it is to live in a house, they use to think about developments in remote areas out of Barcelona centre, in urban areas on the edge of the city. The imaginary betrays us, because it is possible to find detached houses where not only space prevails, but also the comfort to live with a good communication or location. In Atipika Barcelona we have chosen four houses situated in Barcelona city, each one has its own particularities according to the areas where they are located: Sarrià, Clot and Horta. All these houses provide the privacy that their walls offer, a refuge of tranquillity and calmness in a vibrant city such as Barcelona. To live in a house in the heart of Barcelona is possible and it’s an achievable dream.

The Sarrià neighbourhood keeps the structure that inspired the Catalan bourgeoisie in the 19th century: narrow streets for pedestrians, squares that are connected to the Mayor street and many green areas. The style of the houses that we can find in this neighbourhood correspond to the well-known ‘torres’ or summer houses that the industry bourgeoisie used to build. A golden age that mark the history of Barcelona and it continues nowadays. These buildings reflected the mentality and the taste of the upper class, with a more restrained and functional style that its predecessor, the modernism.

The modernism of the 19th century has given us buildings of great relevance as ‘La Casa Batlló’, ‘El Palau Güell’ or ‘La Casa Lleó Morera’. In the beginning of the 20th century, the concept of modernism developed in a formal and simple style, that has its inspiration in the Mediterranean architecture, but tended toward to a classicism style. This golden age leaved a mark on Barcelona streets, a trace that nowadays still exists. 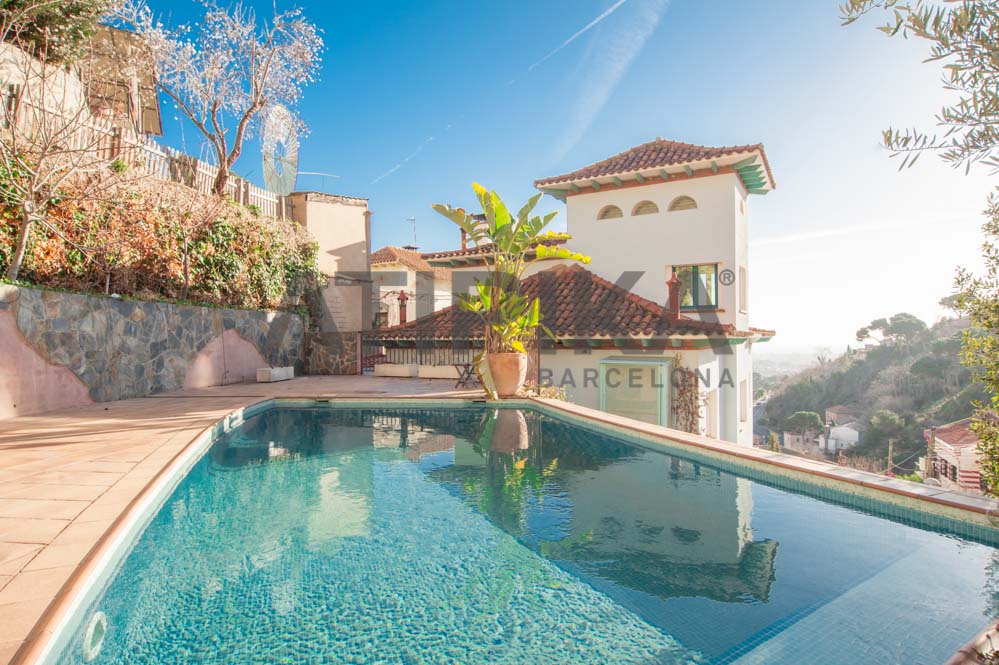 This 256sq m house was built in 1936 with a Mediterranean style design and a large private swimming pool. The brightness is a common quality in each room, due to it’s a completely exterior property. This building has two terraces where it is possible to enjoy of spectacular views of Barcelona city. 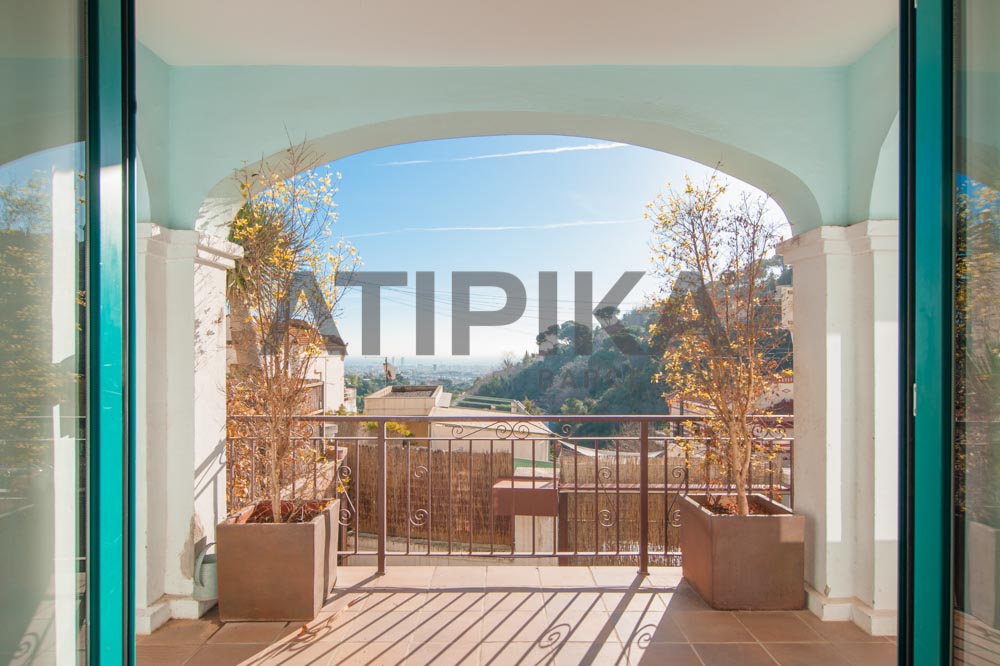 A fully refurbished house with five bedrooms that mix the high quality finishes with its original style. 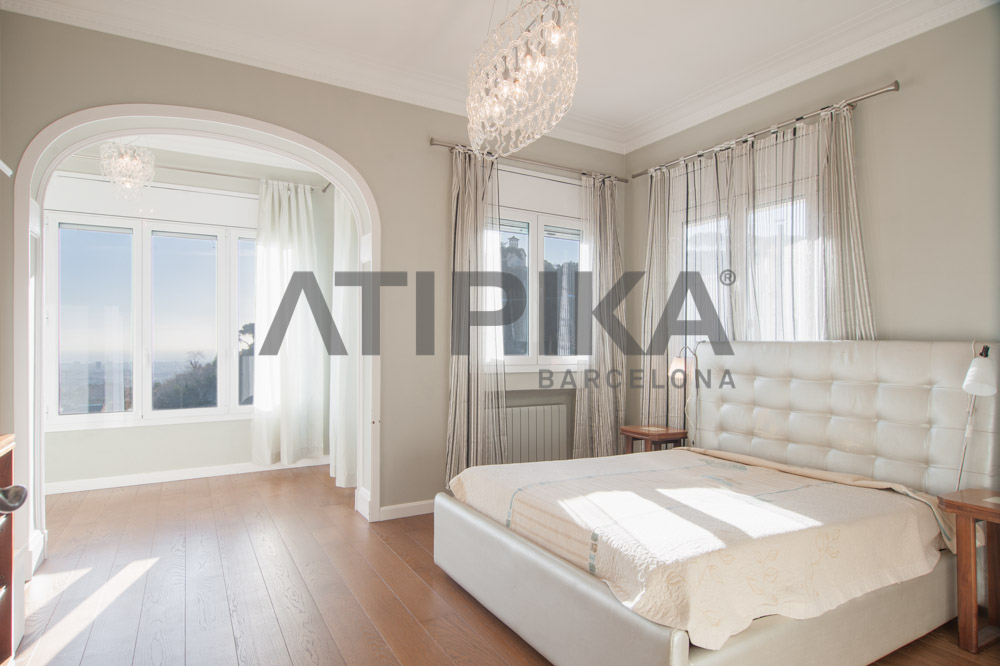 A magnificent place to live, where one can enjoy of the serenity that offers the neighbourhood of Sarrià, while having an easy connection with every part of Barcelona. In the same district we can find another property that was built in 1908 and was fully refurbished in 1987, its renovation allowed to adapt this house to the new needs and particularly creating open-plan space areas. 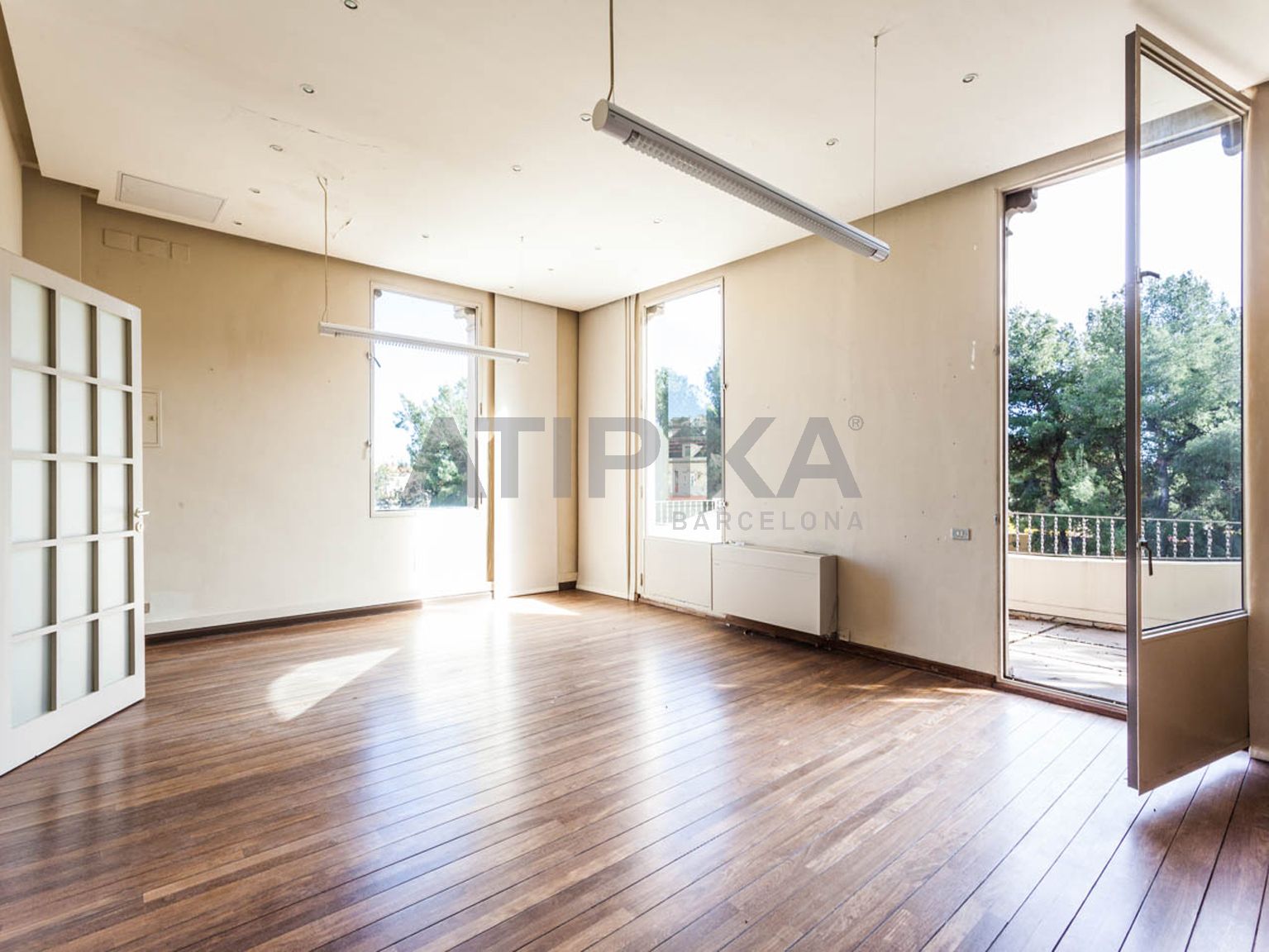 This 800sq m house is laid out in three floors and has a 240sq m attached loft. The property, which has a long history within its walls, has been the home for many generations and has been present during the urbanisation of the neighbourhood.  Indeed, since 1970 some open-plan rooms have been used for showrooms of a high standing brand. 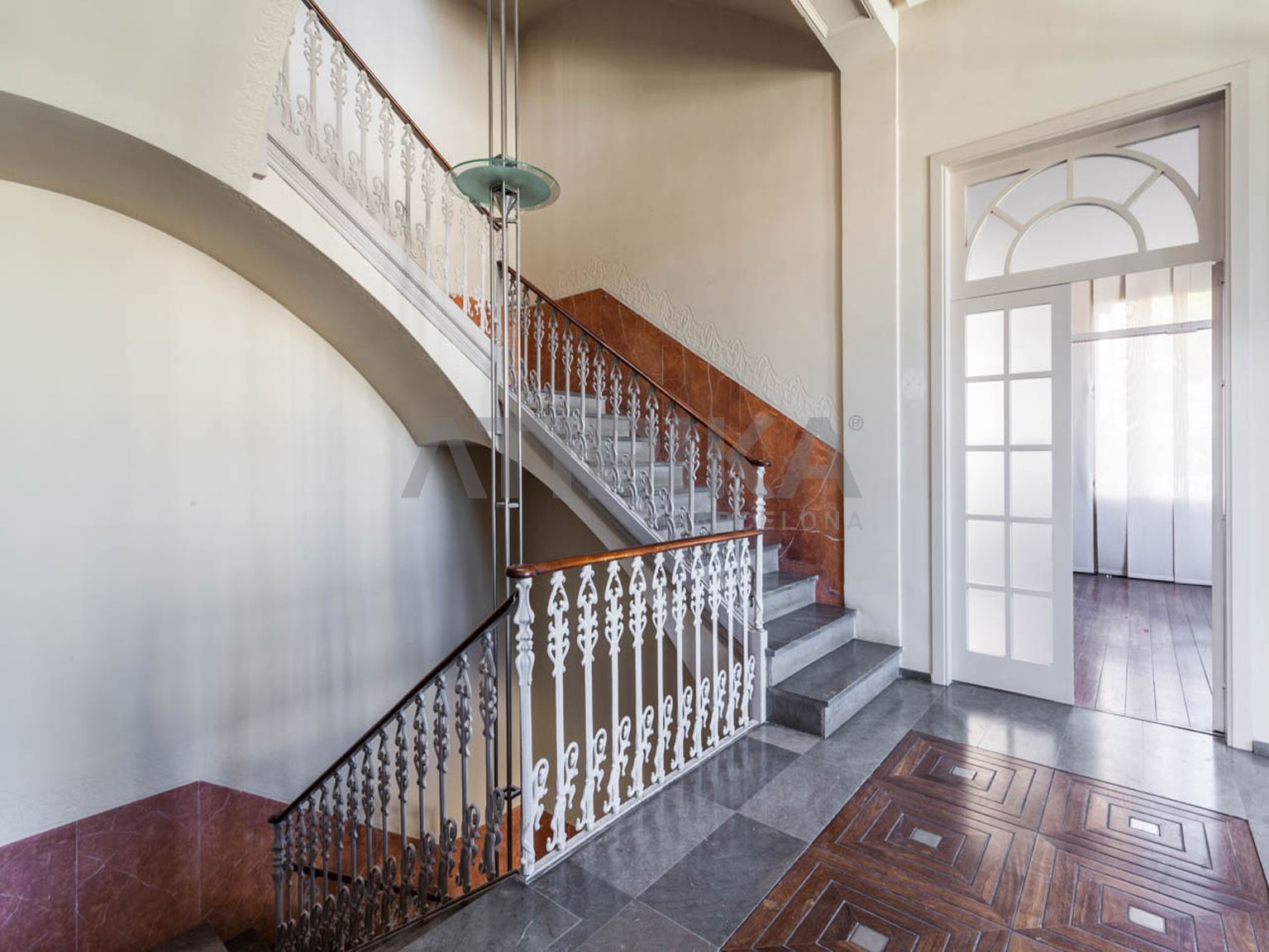 The building is divided in three parts, the central one is where it is the stairwell and a central vaulted arch with an iron and metal structure that provides all the building with natural sunlight. Inside the house every detail is well cared, the best design is a fact in this property where calm and elegance are the main characteristics. The classicism style is represented by the soft colours and some elements of the popular Catalan tradition. 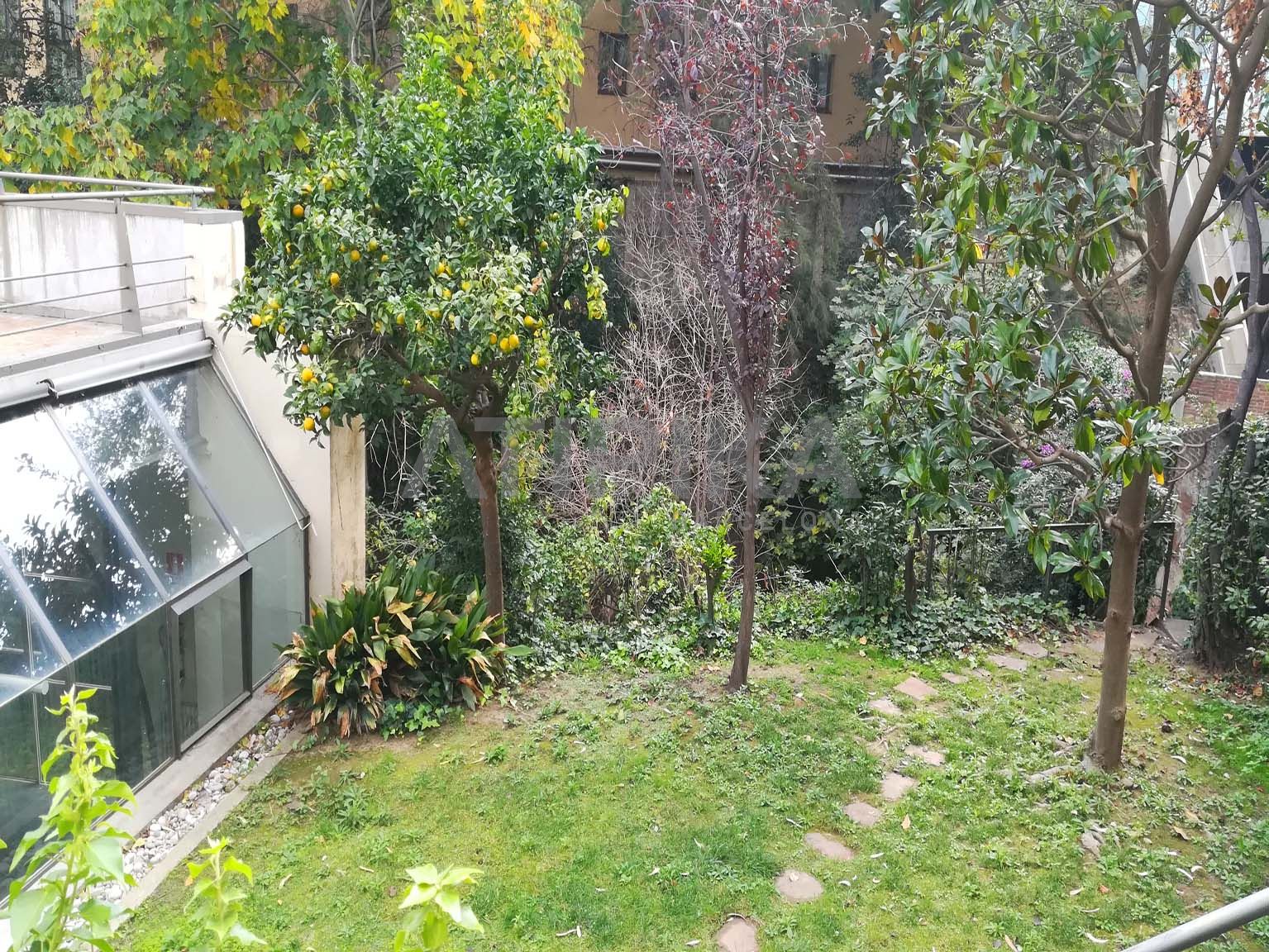 The old garage is now a 240sq m loft situated in a garden. It is facing east and has a privilege views to the city thanks to its four terraces.

‘El Clot’ is a quiet place to go for a walk and discover one of the ancient neighbourhoods of Sant Martí, that was made of country houses with important large agricultural areas for centuries. Its rural nature persisted until the end of the 19th century, in fact, we can currently find some famous country houses such as ‘la Torre del Fang’ or ‘la Torre de Sant Joan’. Since the 19th century many industries were settled down in this neighbourhood, some examples were ‘La Farinera’,  Renfe or ‘la fábrica Olivetti’, these factories turned ‘El Clot’ into an industrial and working-class settlement. The industrialization process helped in the construction of detached houses with garden and terraces. 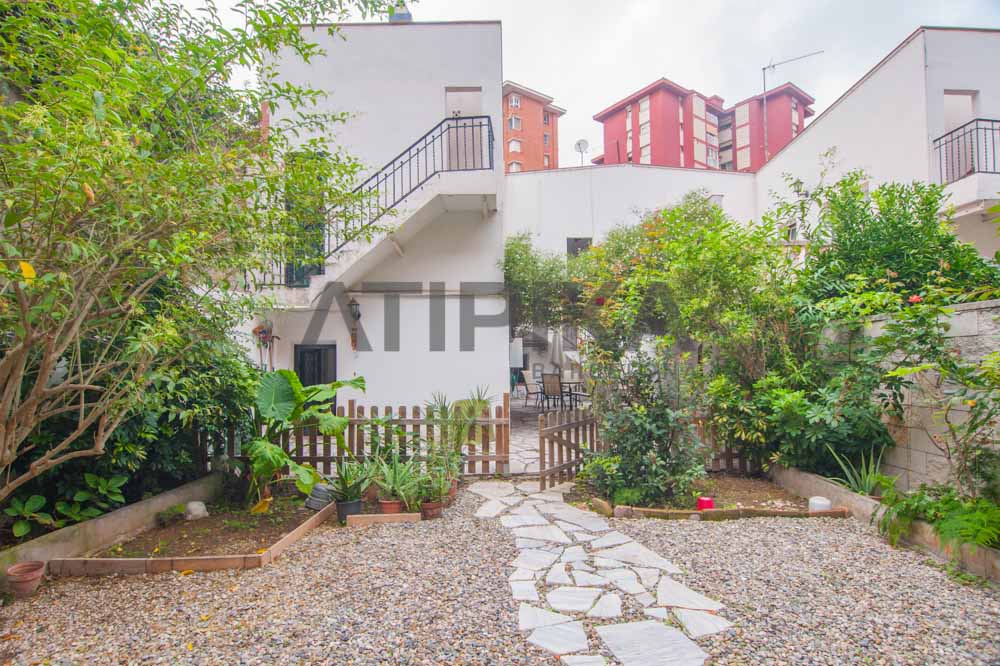 This house dates from 1925 and is situated in ‘el Jardí del Clot de la Mel’. The 138sq m cosy property is laid out in two floors. The third floor has a 69sq m terrace with views to the street and a 96sq m charming private garden. 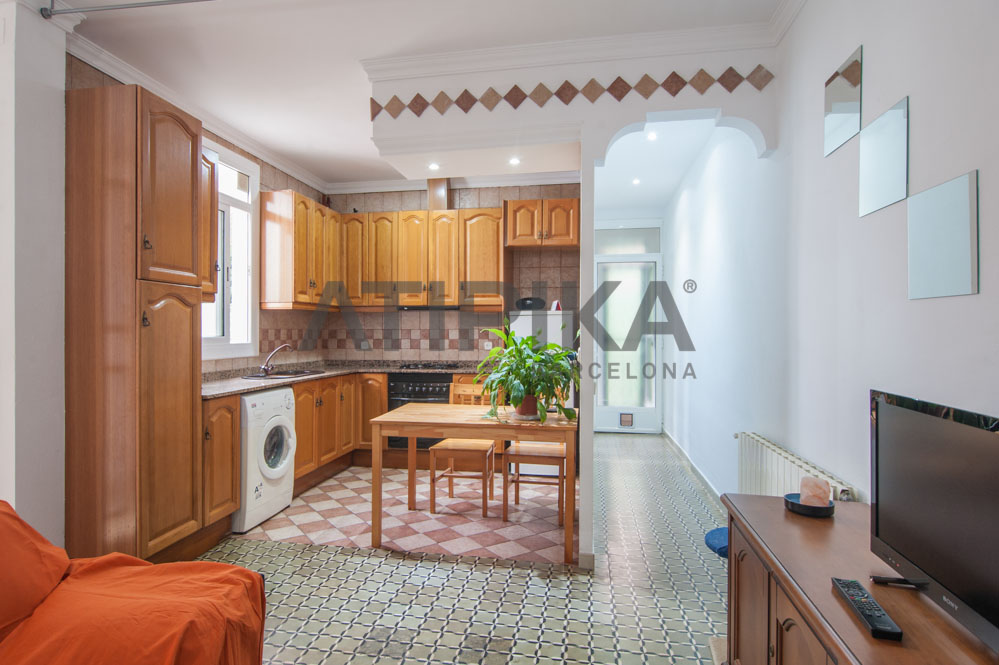 In the living-dining room with integrated kitchen stands out its brightness, a quality that is present in other rooms, for example in its three bedrooms. The property is refurbished and keeps the original renovated finishes, as the encaustic cement floors and the vaulted ceiling with wooden exposed beams.

The ground floor is designed with a multipurpose open-plan space room, that keeps the charm of the old-fashioned buildings. If you are interested in this magnificent house contact us and our commercial agent will assist you.

If we go deep into Collserola, we can find the third large district in Barcelona, Horta-Guinardó. In the past, this neighbourhood was mainly rural. At the end of the 19th century, before it got annexed to Barcelona city, Horta was a village characterised by the water abundance.   Nowadays we can find some of the antique country houses and old stately homes, such as Can Cortada, Can Faegas, Can Soler or Can Baró.

Within Horta-Guinardó district we can still find some of the reminiscences of its rural past: low-lying houses, narrow streets, abundant vegetation, country houses and neighbours unaware of the hustle and bustle of the city, that from their houses and lookouts enjoy with spectacular views of Barcelona. 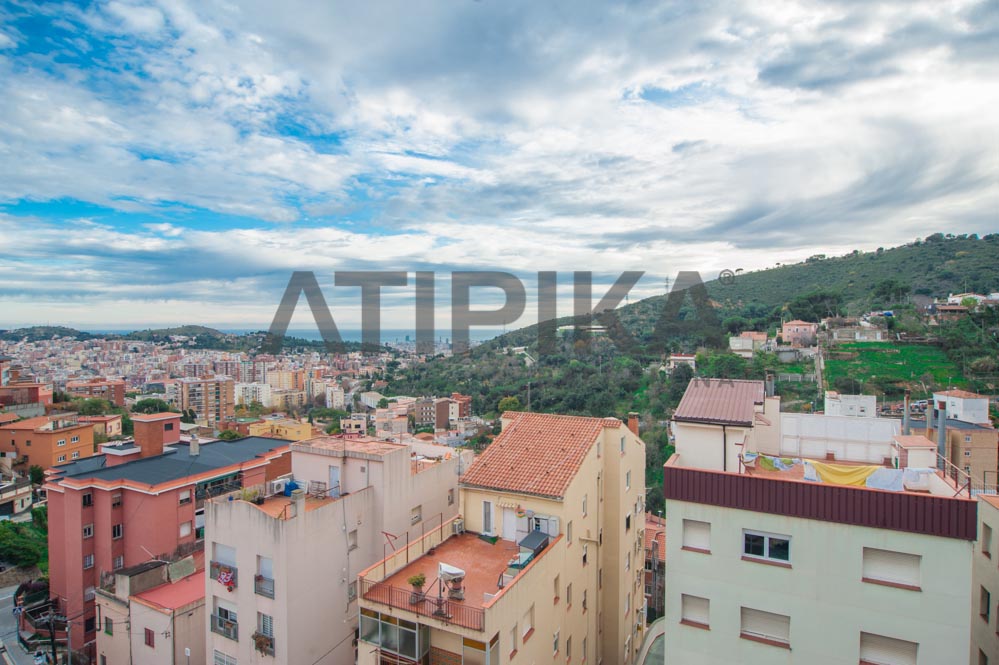 These are the spectacular panoramic views that offers one of our modern houses that is situated next to ‘Parc de Collserola’. A 138sq m property laid out in a bright living room overlooking to the sea, a cosy space to enjoy of the calm that characterises this home. The dining room is in the separate equipped kitchen, an area full of light that has access to a terrace, where we can enjoy of fresh air that provides ‘Serralada de Collserola’. 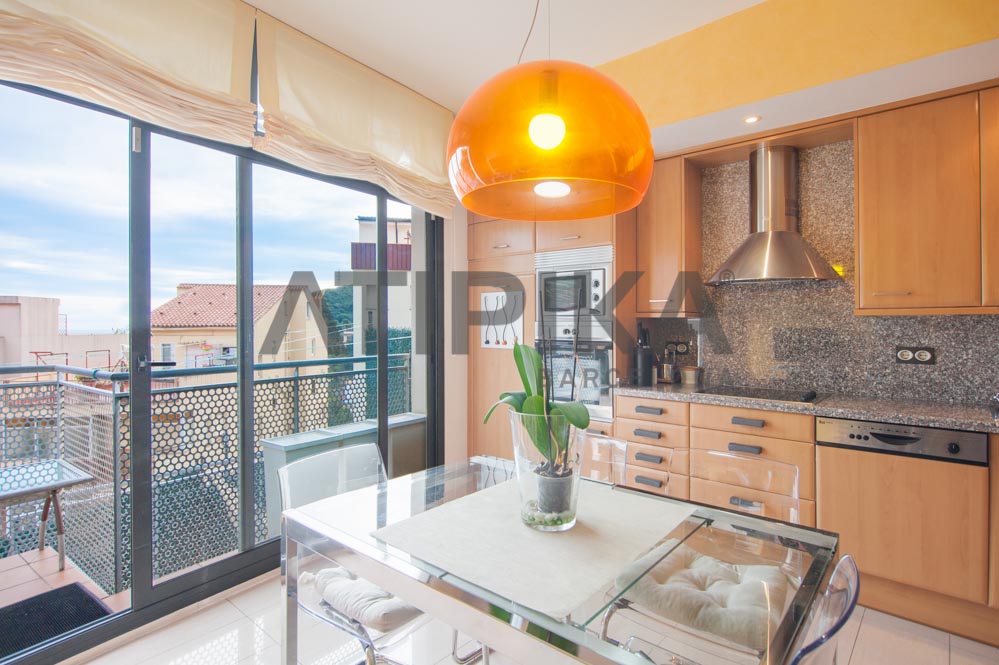 Two of the strengths are brightness and the orientation to the sea that every room has, including one suite with bathroom, dressing room and a terrace; and a double bedroom. The third bedroom is single and completely exterior too.

Its major attraction is a charming garden that allows you to enjoy sunny days in spring. An authentic peaceful and natural retreat with Barcelona beneath your feet.

Do not hesitate to contact Atipika Barcelona if you want to visit these fantastic houses which are available on sale, you can do it by our website www.atipika.com or by phone 934815032

Atipika Barcelona at the conference ‘Finding Accommodation in Barcelona’

Living in the newest neighbourhood of Barcelona