Today, in our blog, we would like you to get to know a little bit more our work environment and tell you about something that we have the privilege to see every day from the windows in our office – Casa Batlló. 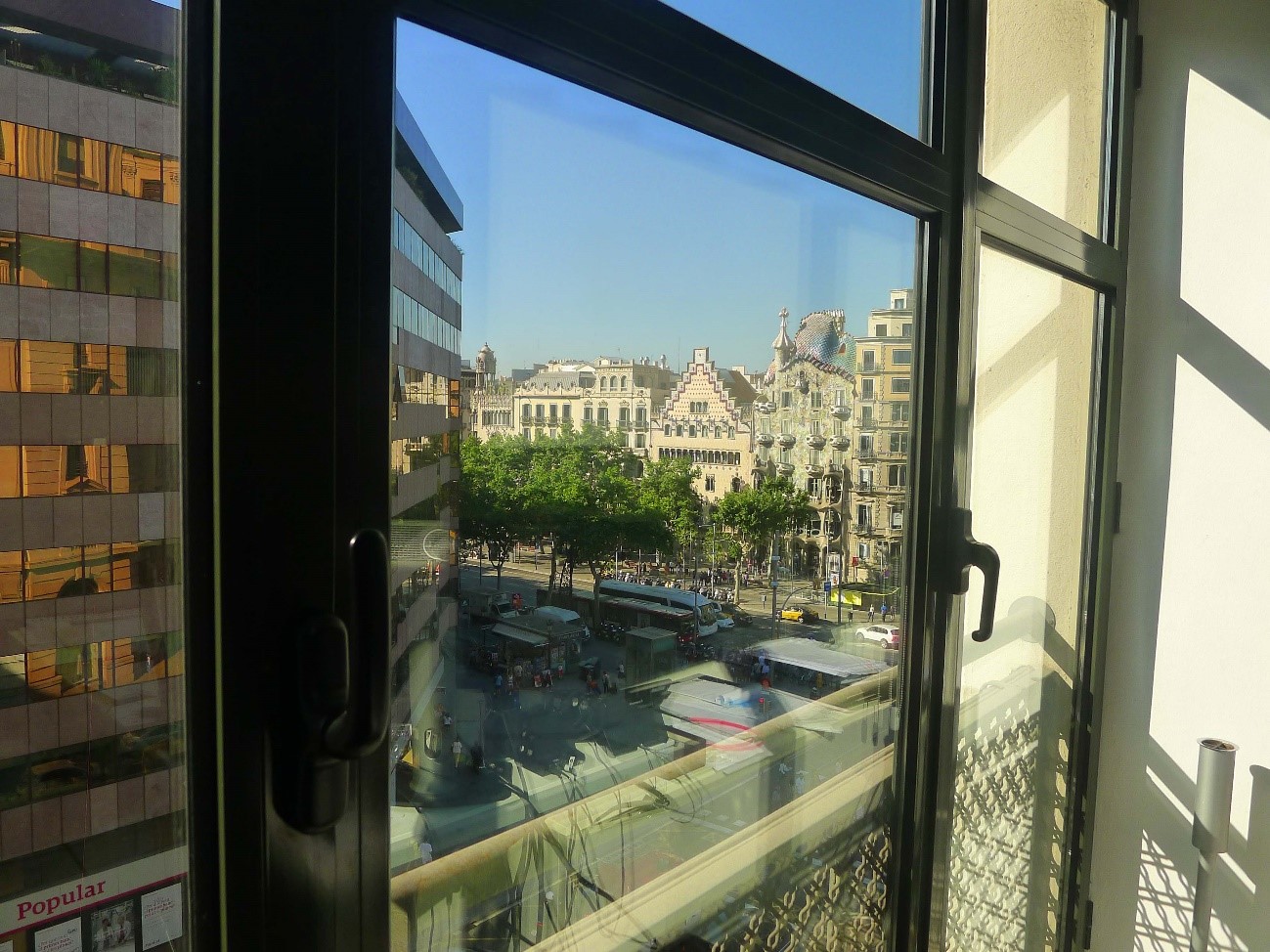 This clear example of Catalan modernist architecture, on the number 43 in Passeig de Gràcia, was created as we know it today by the architect Antonio Gaudí, and it is one of the many architectonic jewels located in the centre of Barcelona. The building as such existed previously, it was built in 1875 by Emilio Sala Cortés, but it was completely renovated by Gaudí between 1904 and 1906. It is located in what is known as ‘the bone of contention’ – ‘Manzana de la discordia’ – as on its surroundings we can find several other famous buildings by famous architects such as: Casa Amatller, right next to Casa Batlló, by Josep Puig i Cadafalch; Casa Mulleras, by Enric Sagnier; Casa Lleó Morera, by Lluís Domènech i Montaner; and Casa Josefina Bonet, by Marcel·lià Coquillat.

We can say that the building, which has over 5.000sq m distributed in several floors, is one of the most emblematic works of the architect. Gaudí substituted completely the old façade – he gave it a sort of a wave form and he covered it with glass trencadís in different colours and added some ceramic plates – besides renovating the whole interior as well.

As a curiosity, as if the whole building could not be considered beautifully curious, we can observe on the top of the building, something that looks like the back of an animal with large iridescent scales – many interpretations have been made about it. Another of the things which stand out on the façade as well are the handrails on the balconies which appear to be iron masks, made in just one piece. 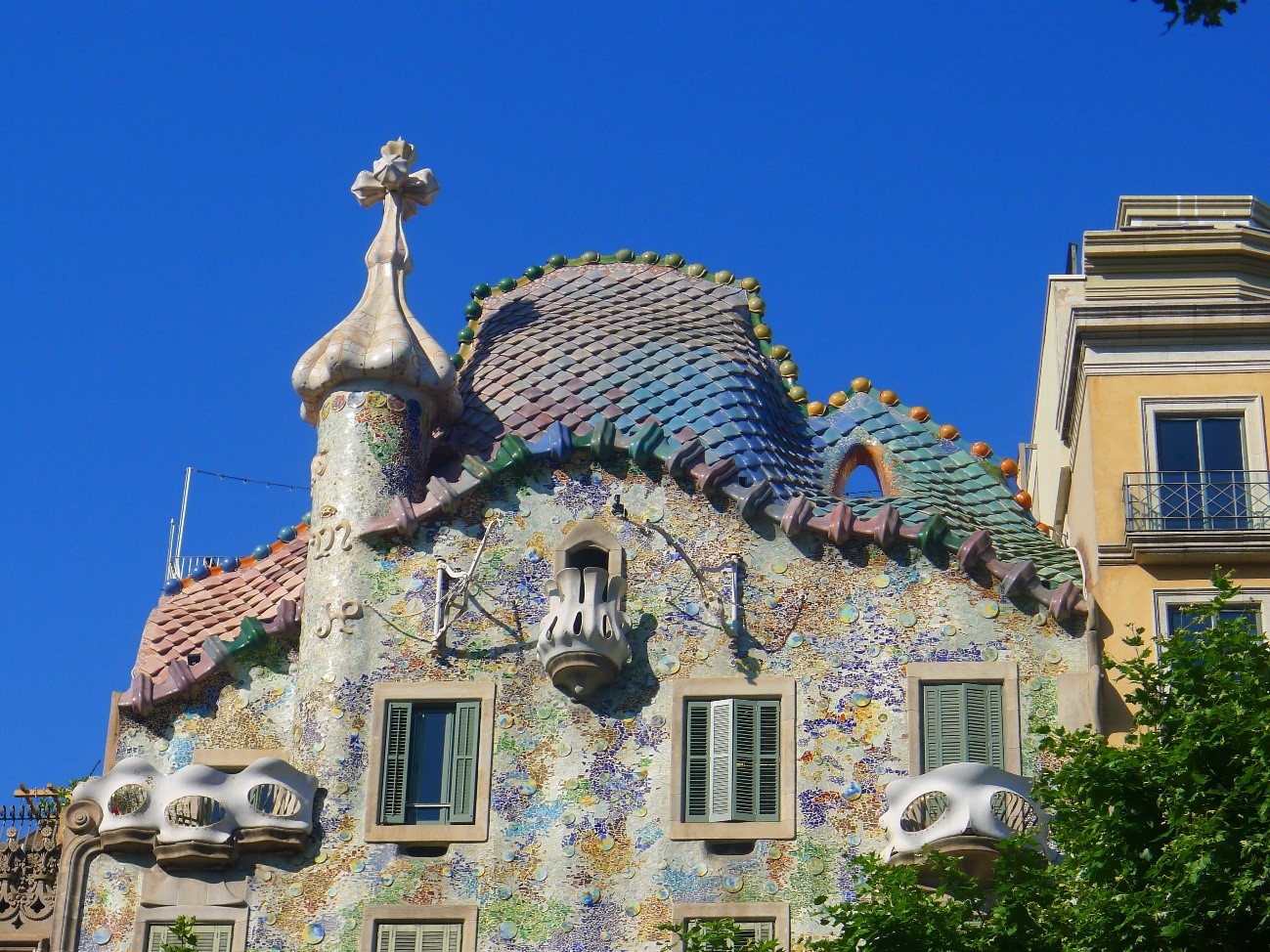 The inner courtyard is worth commenting as well because of its beauty, as it is covered completely with relief tiles in blue tonalities – in lighter shades on the lower floors and in more intense shades of blue on the top. The central skylight which covers the inner courtyard is made with iron and glass, and it allows plenty of natural light, which is distributed equally though the courtyard because of the previously mentioned fading tonalities on the tiles.

The façade as a whole is a sight to behold – there are allegorical representations, full of symbolism, with different elements, shapes and colours. 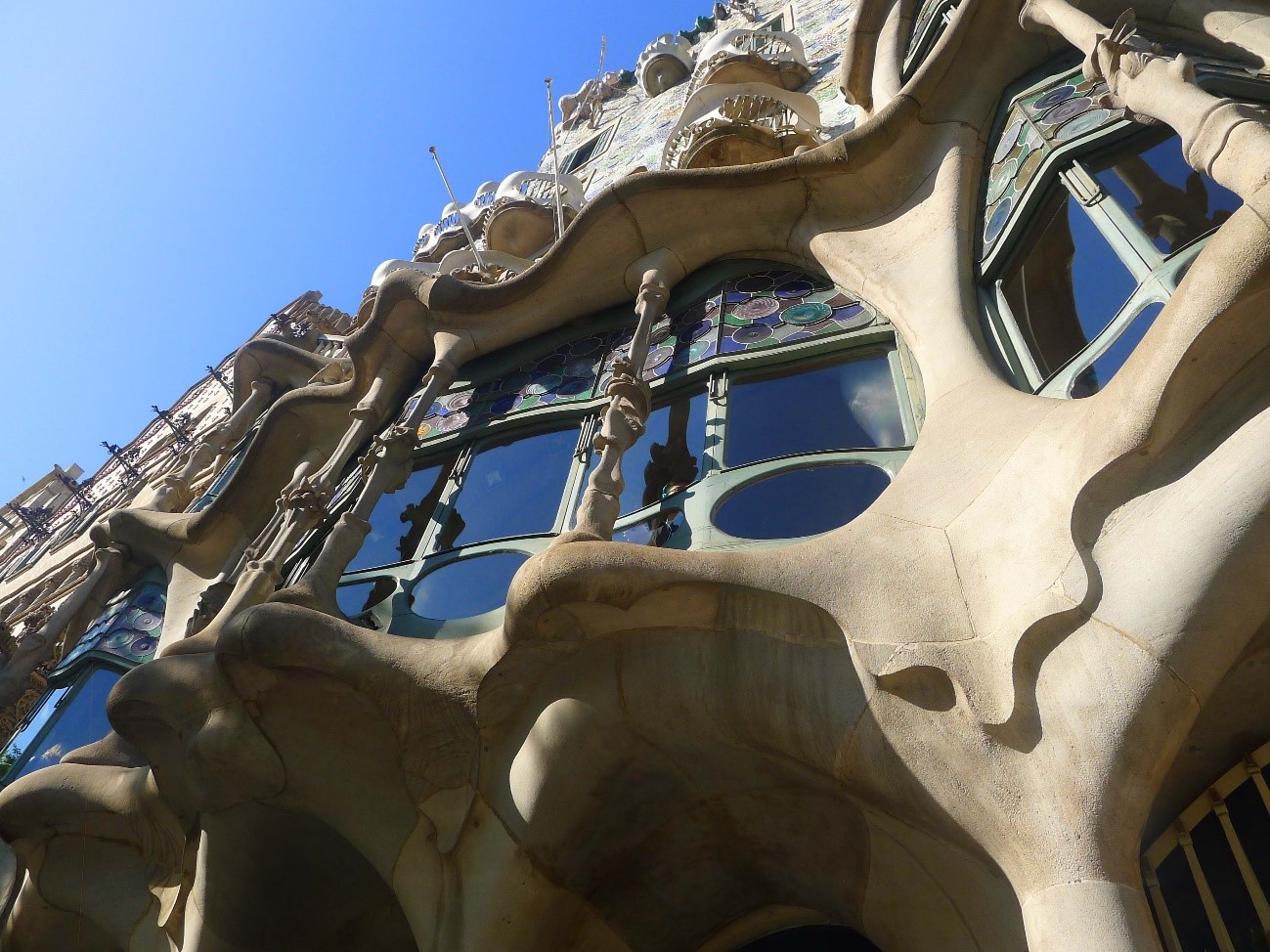 The interior is not less mesmerizing, the details surprise each visitor on each of the rooms. It is, without a hint of a doubt, a work of art that we suggest you discover for yourself visiting it – visit https://www.casabatllo.es/ for more information.

The breath-taking decoration on the façade in important dates for the city is worth mentioning as well – specially around Christmas and Sant Jordi. 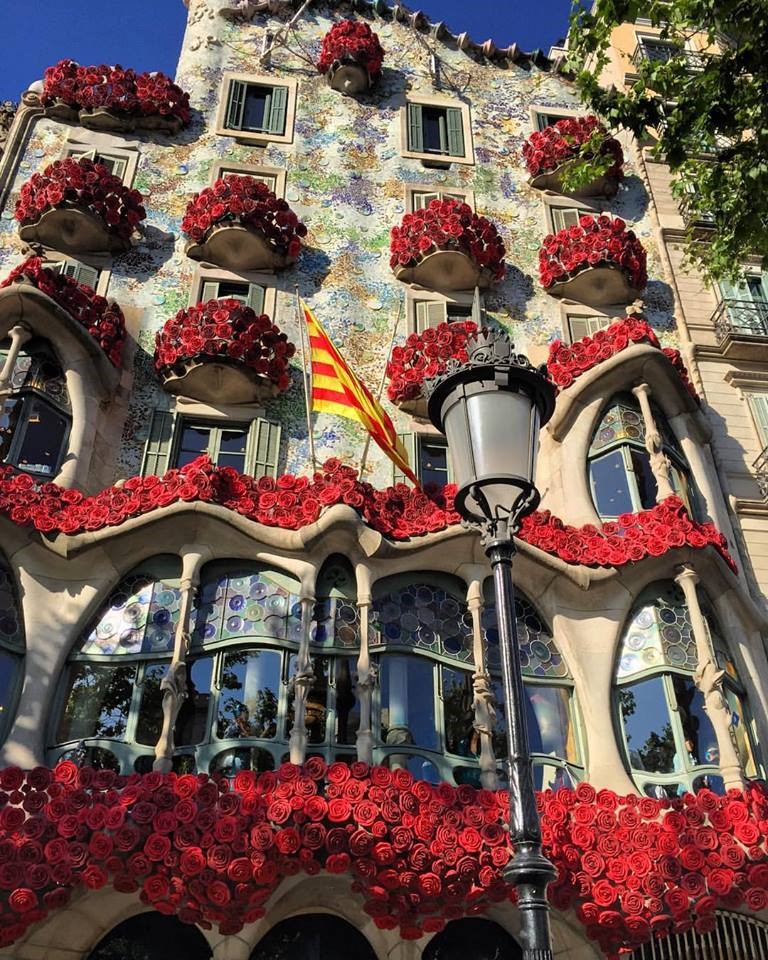 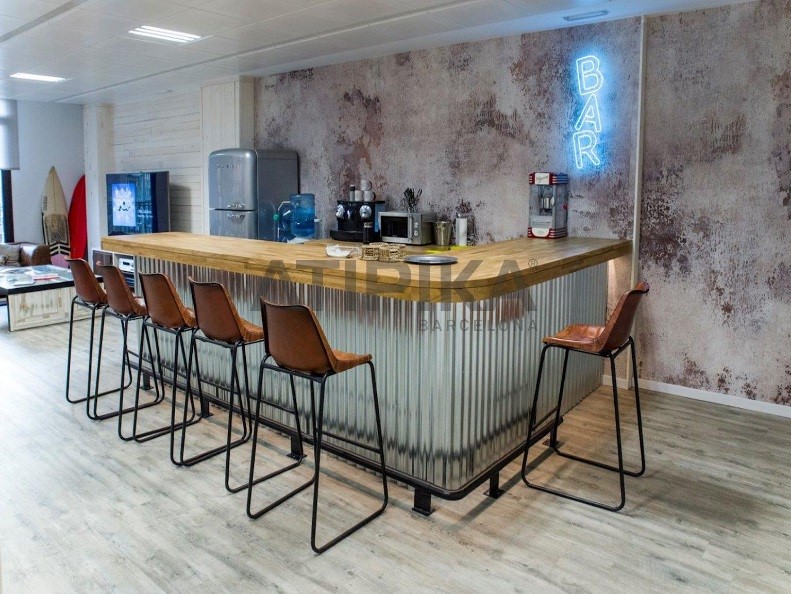 Visit this architectonic wonder if you have the chance, and if you need our help having to do with any of our departments – rent, sale or property management –, do not hesitate to head to our office, just a few metres away from this majestic building – Atipika Barcelona, Passeig de Gràcia 56, 4th floor, door C.

Luxury villa in Sarrià, one of the best residential areas in Barcelona

The demand and profitability of properties to rent increases