This week we would like to show you a flat in the heart of Barcelona which is located close to very well-known places such as ‘La Rambla’, ‘La Boqueria’ market, ‘Liceu’ theatre or ‘Palau Güell’.

It is a 112sq m flat in a quiet area in the centre of the city, and although the concept of quiet in the centre of Barcelona can seem contradictory nowadays, we can assure you that it is quiet as the windows are double glazed, so they isolate any possible noises coming from outside.

The 112sq m are laid out in a spacious living room, a separate dining room, a kitchen, four bedrooms – three of them double and 1 single –, a full bathroom and three balconies which will allow you to enjoy the vitality of the area without having to leave the house.

Regarding the bedrooms, even though three of them are double and one of them is single, they are all quite spacious, as we are dealing with an old estate which was completely refurbished – nowadays, in new buildings, bedrooms are usually smaller. 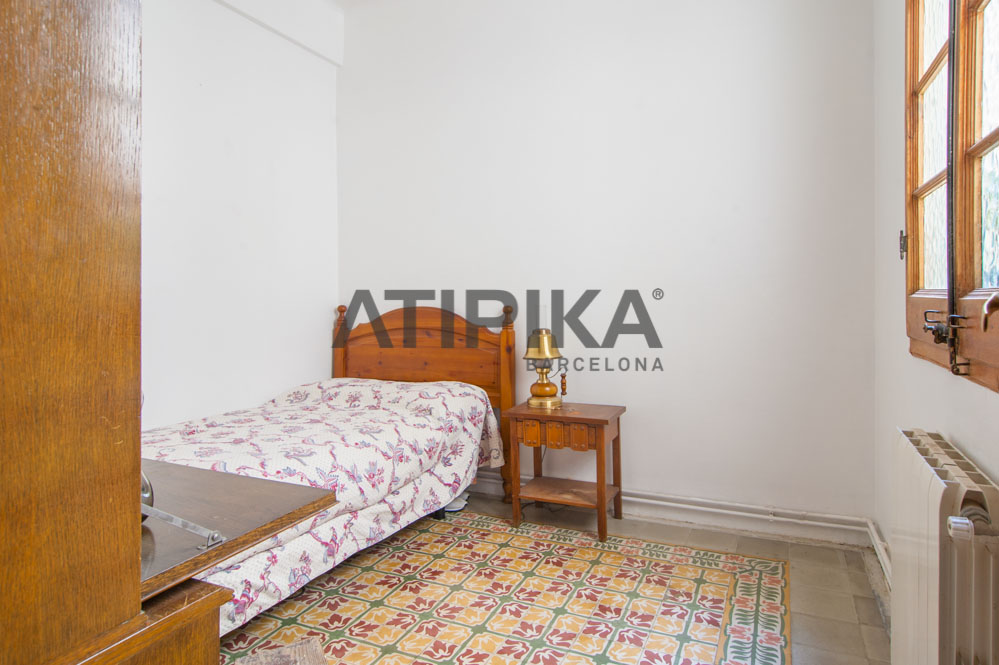 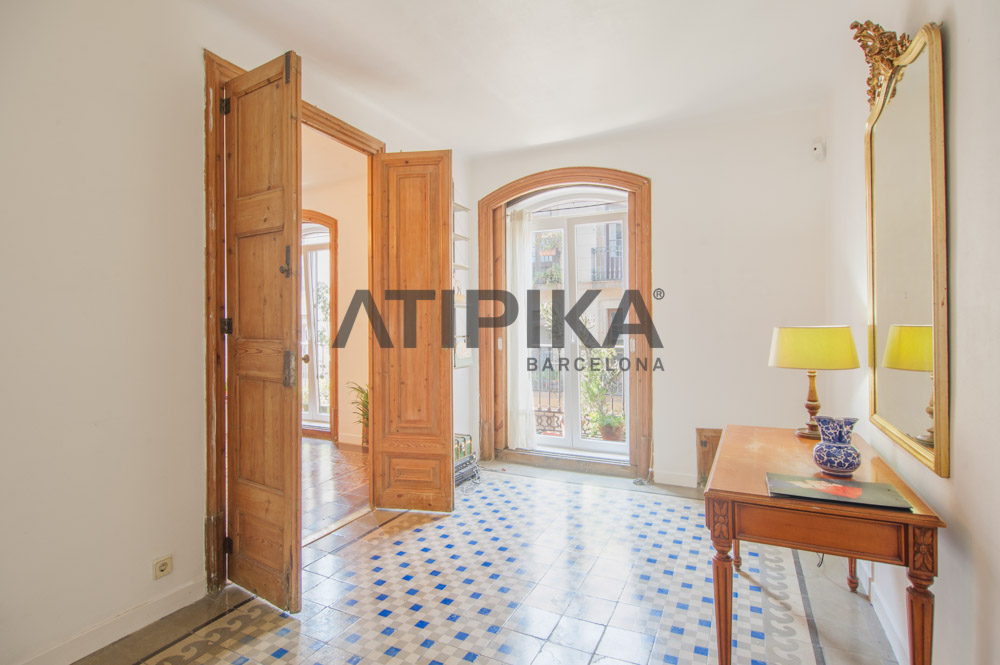 The house is completely refurbished and is in perfect condition, but what really stands out are its beautiful hydraulic floors – very popular in Barcelona –, with a different style in each room. 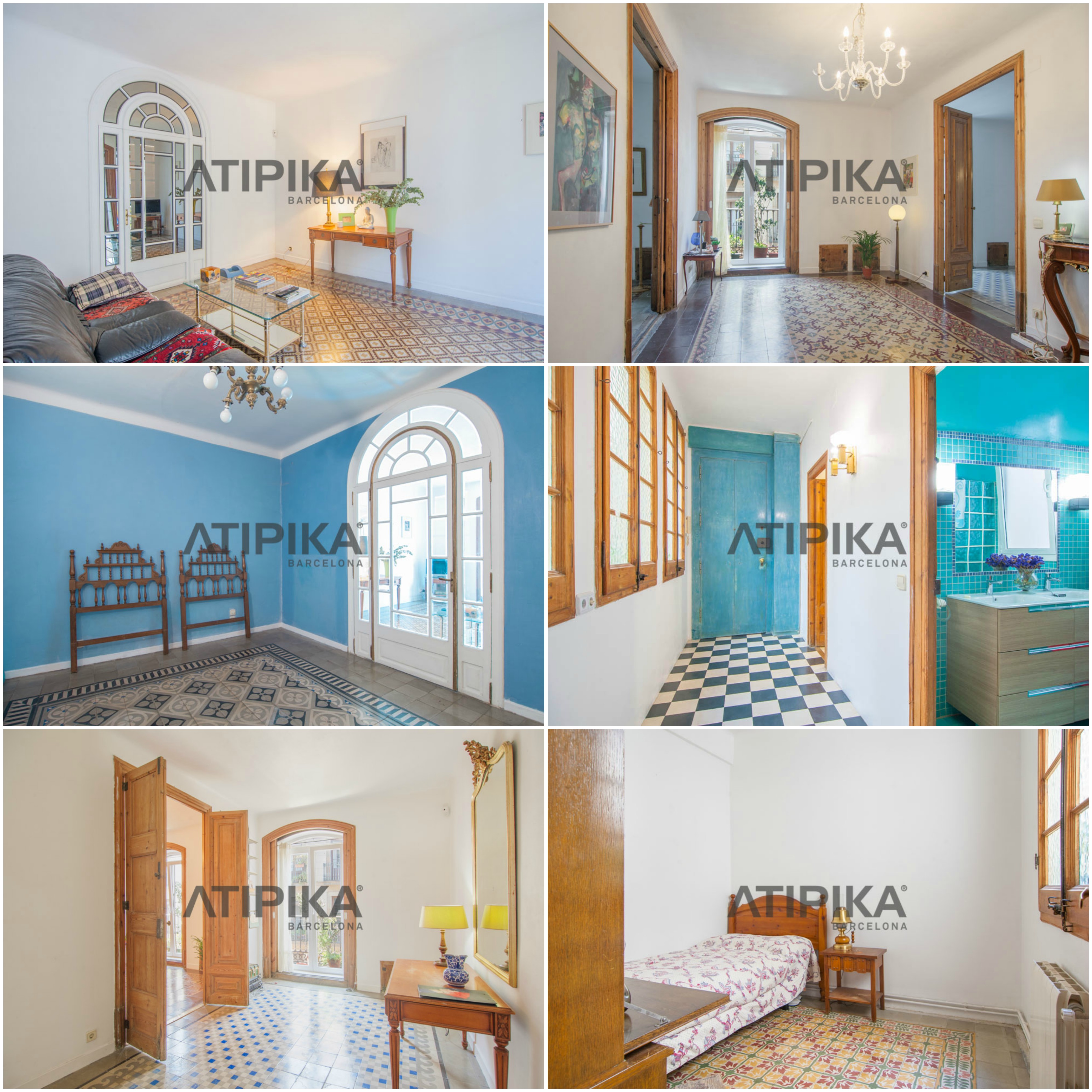 The building in which the flat is located preserves the charm of the past. It is an old estate which has been completely restored, as it was destroyed by a bombing during the Spanish Civil War, and was rebuilt later, maintaining the structure and original appearance. 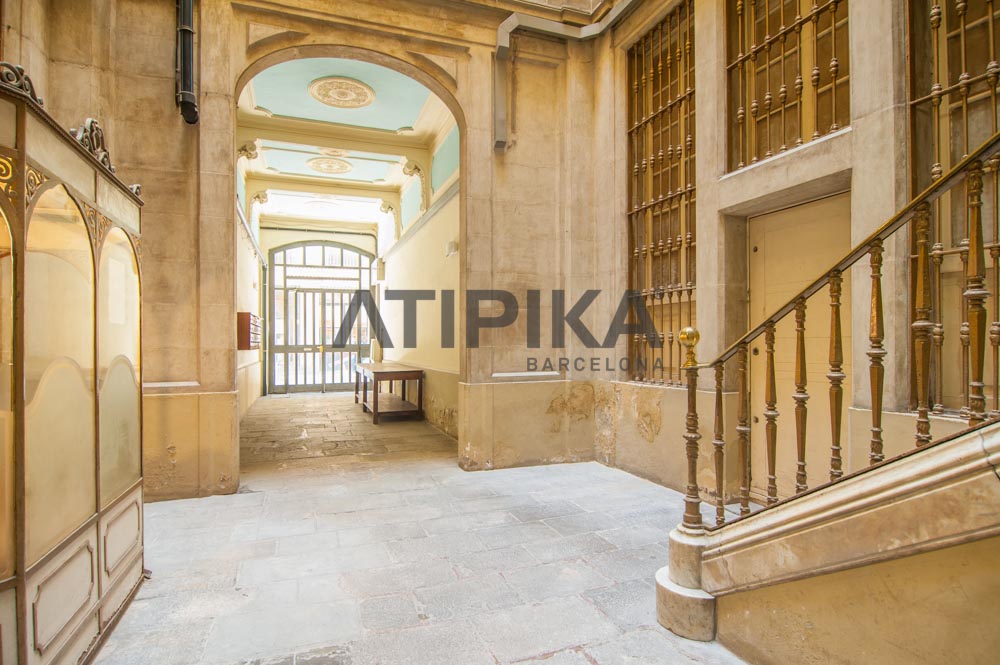 This building can also boast about having a little anecdote with Antonio Gaudí himself, which has been properly documented thanks to the current owner of the property.

This house belonged to Isabel Güell López, the lead character in our history and daughter of Eusebi Güell, and her husband, Carlos de Sentmenat de Sentmenat, ninth marquis of Castelldosrius, Orís and baron of Sant Pau. Isabel, passionate about music, and having received a musical education, asked Gaudí, who was refurbishing their property at the time, where should she put a grand piano which have been given to her. The answer of the famous architect was at the very least curious, as he advised her to play the violin instead.

This funny remark by Gaudí got to Josep Carner’s ears, a famous journalist and poet, who dedicated a not-very-polite rhyming couplet to him (published in Auques i ventalls, 1916). The anecdote does not end here, as Gaudí and Carner met by chance on the tram and the architect insisted to pay for the poet’s ticket (which was then worth twice more than the couplet dedicated by Carner) alleging that in that way, he was sponsoring the second part of the couplet.

Do not hesitate to contact us if you are interested in visiting this property full of charm and history, we we’ll be happy to show it to you.

The demand and profitability of properties to rent increases

House with private garden and swimming pool in Viladecans

Castelldefels, a privileged area for buying or renting by the sea