S’Algar the luxury you deserve, a paradise of tranquillity for your future new property in Menorca

S’Algar is the luxury that any of our clients deserve. A paradise for lovers of tranquillity and  fishing. Not for nothing was Minorca baptized as the Island of Sa Calma and reserve of the Biosphere, of the infinite views to the sea and authentic places without massive tourism. They are, in their essence, villas and properties of authentic luxury, not only because of their excellent quality and price, but also because of the environment that surrounds them.

This time we are going to explain some curiosities about this area, and introduce you some of our properties, among many others, that have something special.

Between 44 and 47 metres deep and about 4 kilometres from the coast of S’algar, a Nazi plane from the Second World War that had just bombed Algeria on its way to Mallorca has sunk. Its four crew members were rescued by fishermen who were fishing in those waters. This curiosity is nowadays a great fishing bank for the bottom fishermen of the area, especially for those of the Jigging modality, which together with the sunken boat generate a great natural nursery of breeding in these rich insular waters. At around six o’clock in the morning on 24th February 1943, in the middle of the Second World War, the seven fishermen on the boat “Segundo Gaspar” had finished fishing and were in front of Biniancolla, the town we will visit next week. The boat, with Pepe Melsión Guasch at the helm, was returning to the port of Maó, passing through the Illa de l’Aire channel, when it was surprised by the evolution of a plane with three lighted lights and losing height. Shortly afterwards, the crew heard a call for help from the sea. The plane had entertained in a nearby area, had sunk and its four crew members were asking for help: three in a small raft first and, shortly after, one in another.

In the exclusive urbanization of Biniancolla, located in the center of Sant Lluís, and surrounded by all kinds of services, we find this splendid villa of 219 m2 built on a plot of 533m2 that contains a private pool and garden. 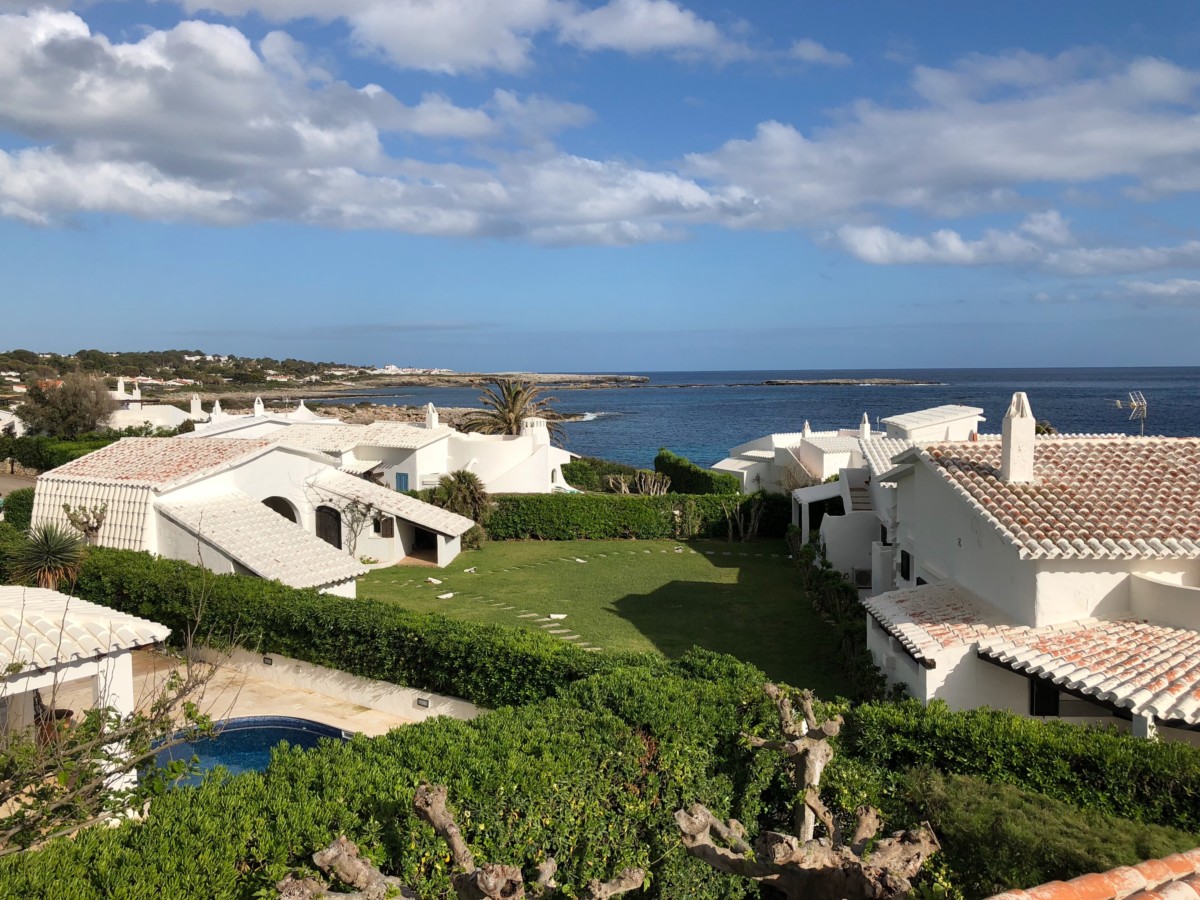 The values of the Sintes family and especially Don Gabino Sintes Pons, are impregnated throughout the city being this winner, on countless occasions, the prize for the cleanest city in Menorca. The spirit of cordiality and good treatment that can be perceived in the Hotel S’algar is the living reflection of the ways in which these installations were forged while the Sintes family was the owner of the urbanisation and which can still be breathed in spite of the fact that it is a group of Mallorcan origin that runs the complex, with a focus more on a young public than it was in the past.

The Hotel S’Algar Beach Club, a typical Menorcan building located on the seafront, belongs to this trend. A unique place to celebrate your wedding in the Balearics. It has 106 rooms and 10 seaside suites that have been decorated and equipped to offer maximum comfort to guests.

But S’algar is not just a hotel, it is a haven of peace and one of the most well cared for urbanisations in Menorca. You can visit coves such as Rafalet, a very special rocky cove. A place to spend the time you need to savour the tranquillity of your new home while feeling the sea breeze and contemplating its immensity.

In the urbanization of “Son Remei”, very close to the sea and in the wonderful Punta Prima, very close to S’Algar, we invite you to discover this property with character just 800m from the beach of Punta Prima, a splendid villa of 312m2 built on a plot of 533m2.

Having a property in S’algar is a luxury that anyone deserves.

One of the properties that we recommend is this property very close to S’Algar, The house is built on a large plot of 10800m2, in which we find two buildings, the main house of 225m2 and a cozy guest house. There are also two private swimming pools, large parking areas and beautifully designed gardens. Another advantage is that this house has a tourist license and whoever acquires it, has the possibility to continue with the tour operator.

We are waiting for you in our office in S’Esplanada, in the heart of Maó where our team is located, native and with international experience, another advantage added to decide to buy a property in Menorca with us. WELCOME TO MENORCA!

Advantages of buying a brand new living with Atipika

Refurbish to sell: How to make your home more attractive

Coastal charm and luxury, this is living in Menorca