The historic site of the Sant Antoni’s Market reopened its doors on May 23, 2018. An inauguration that took place after almost nine years of works that have allowed to rescue the original appearance of this emblematic place. The renovation has implied an investment of approximately 80 million euros in this important market that has a total area of 53.388sq m, distributed in five floors, four of them underground.

Sant Antoni’s Market is one of the most important markets of the city of Barcelona, since it has a large commercial offer during the seven days of the week, becoming a market of markets, because the enclosure and its surroundings host commercial spaces of different products: fresh food, ‘Els Encants’ and Sunday market.

When the market closed completely on October 10, 2009, no one expected that the end of the work would be postponed until the present, due to the archaeological remains that were found, such as the Via Augusta Romana and the necropolis, as well as the remains of the Sant Antoni bastion. These discoveries of Roman Barcelona and of the seventeenth century will have their own museum space within the Sant Antoni’s Market.

The renovation of this space has also allowed the creation of four triangular squares for the neighbourhood, which have appeared after removing the pergola that was installed in 1929 in order to house the market of ‘Els Encants’. After the work, it will have 235 establishments: 52 stops corresponding to the food market, that are going to be installed in the central corridor; 105 stops of the ‘Encants’, located on the sides of the market; and 78 stops on the Sunday market, which is outside with retractable canopies and around the site, between ‘Tamarit’ and ‘Urgell’ streets.

Other innovative facilities, apart from the museum space, are a supermarket and a gym, which are going to be released in autumn. In addition, the market has 400 parking spaces that can also be used by neighbourhood merchants to download material and products.

One of the main challenges that the Sant Antoni’s market faces in this new stage is to avoid at all costs to become the same model as the ‘Mercat de la Boqueria’, with legions of tourists through the corridors and where the neighbours have been shifted. To avoid this situation, it has limited the tasting and hospitality stalls inside the premises. This motivation responds to the need of the Barcelonans, who consider that the 43 municipal markets of the ‘Condal’ city are a very important public service, in fact, they are valued with an average score of 7.3 out of 10 by the citizenship, according to the report ‘Habits of consumption and commercial polarity of Barcelona’. The data recollected by the Council of Barcelona for this study shows that 94% of citizens buy the usual food products in shops and markets in the neighbourhood of their residence, and 69.6% respond to the same trend but with products non-food.

THE PAST OF SANT ANTONI’S MARKET

Sant Antoni’s Market was originally an open-air market located in the southern access of a walled Barcelona, specifically located in the portal of Sant Antoni. At this time, it was already an important market for having the perfect location, since it was an area of passage for those who entered or left the city. Thanks to the expansion programs of the city and the disappearance of the walls, the market was rebuilt to ensure its permanence and improve the supply of the entire city of Barcelona, a city that was in full swing due to the ‘Pla Cerdà’, a project that transformed the ‘Condal’ city completely -with the creation of the Eixample– and that was a brilliant idea of the engineer Ildefons Cerdà. The work began in 1879 and ended in September 1882.

At the beginning of the 20th century, textile and other non-food products traders from Paral·lel began to move around the market to take advantage of the influx of people. This is how the ‘Mercat dels Encants de Sant Antoni’ was born. Until today both markets coexist, in fact, currently they are going to do so in the same space.

DAY TO DAY IN THE MARKET

Both in its past and in the present, the Market of Sant Antoni supplies in the city the richest and most diverse fresh food offers and the ‘Mercat dels Encants de Sant Antoni’ offers a wide range of fashion, textiles and household products. Later, booksellers and collectors were incorporated on Sundays, giving rise to the Sunday Market of Sant Antoni. Today, it is a market specialized in new and old books, traditional collecting of postcards, stamps or magazines, and where you can also find all kinds of offers linked with trading cards, video games, movies and music.

The opening party of the modern Market of Sant Antoni has been celebrated this weekend, on May 26 and 27. There were 22 activities and events that combined tradition and popular culture of the neighbourhood.

Living in this charming area is a desire that many locals want to come true. In Atipika Barcelona we have a spectacular 80sq m apartment  on a renovated building classified as historical heritage of 1900. 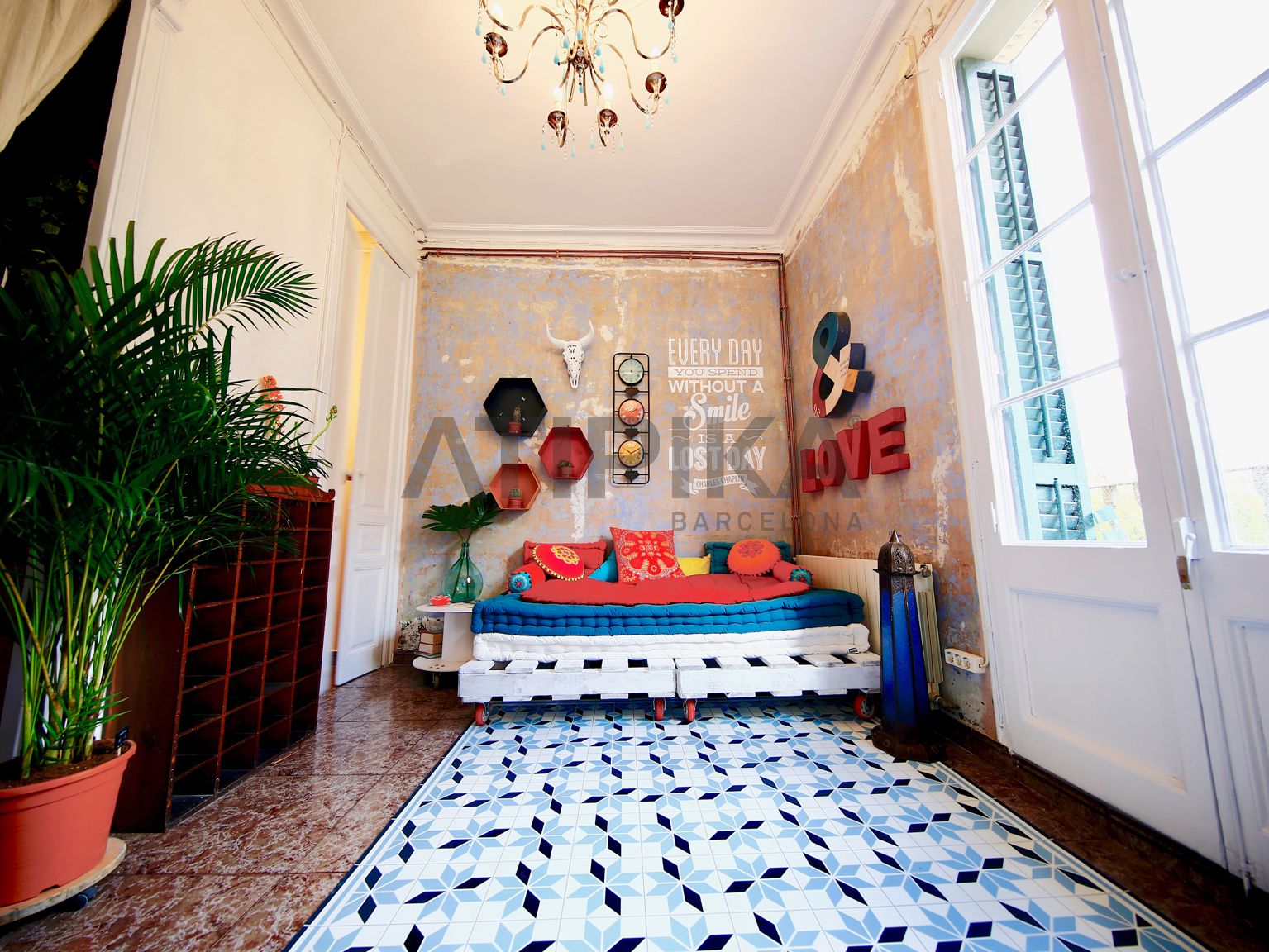 The house is distributed in a bright and original living room, separate kitchen with hydraulic floor, four bedrooms, a bathroom and a balcony. 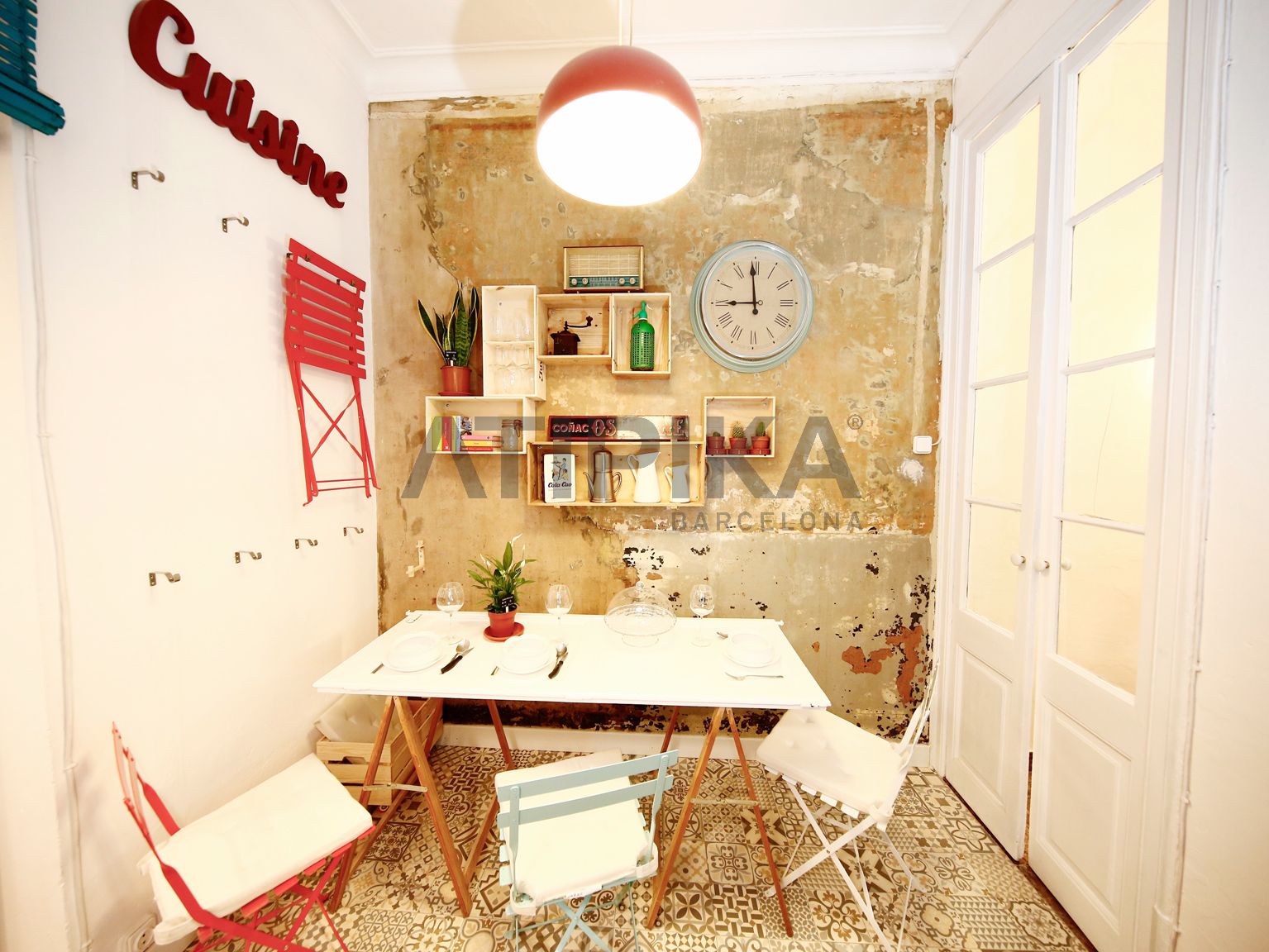 The design and comfort complement each other perfectly in this property located near the Sant Antoni’s Market. An ideal place to live thanks to its high-quality finishes, such as double-glazed windows. It has heating and is fully equipped with modern furniture. 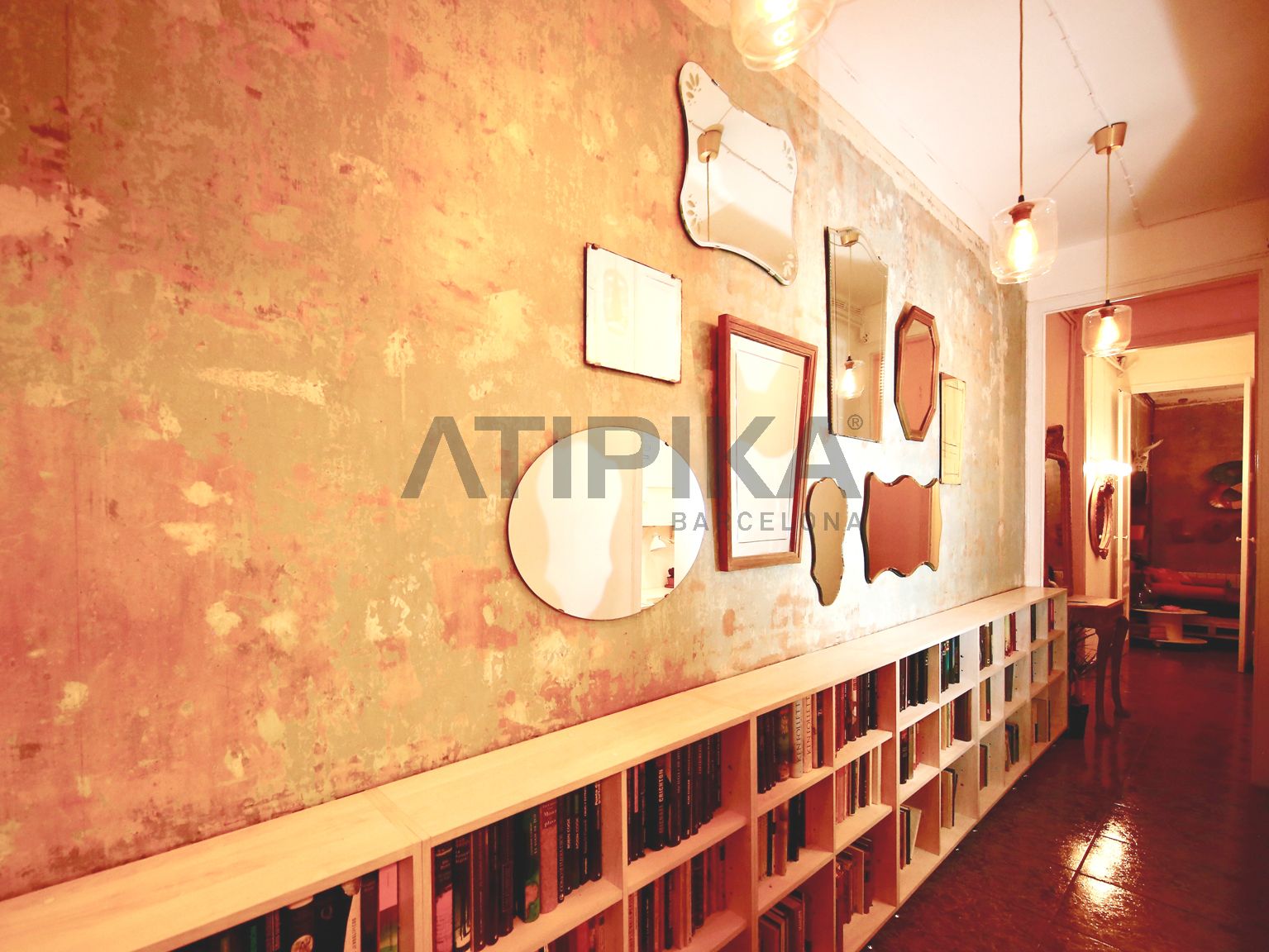 A cosy space that you can find on our website, if you want more information about this apartment or other properties in the area, please contact our agents through www.atipika.com or by phone +34 93 481 5032.

The luxury sector and Atipika bet for Barcelona

Practical guide to the new rental law in Catalonia

What can I do with my property while the Covid-19 is affecting us?